If you or a loved has suffered a catastrophic injury, we are here to help.

If you were involved in a Lamesa, Texas accident and suffered severe injuries due to someone else’s negligence, call the Reyna Law Firm!  First and foremost, insurance companies and negligent parties do not have your best interest in mind! Therefore, to receive the compensation you deserve, you must hire an experienced Lamesa Catastrophic Injury Lawyer. The Reyna Law Firm will stand by your side. We will represent your best interests and work tirelessly to make sure we maximize your recovery.

Above all, our goal is to ensure that you receive access to the best medical providers in West Texas so that you can recover from your injuries! Also, we will retain the best liability, medical and economic experts to help us tell your story to a Dawson County judge and jury in the most compelling manner possible. In short, we fight to get you maximum compensation for your injuries, pain, and suffering. Also, you deserve compensation for your lost wages, medical bills, and property damage. Certainly, if you live in Lamesa, Texas, and need legal representation after an accident, the Reyna Law Firm can help.

Catastrophic injury rates specific to Lamesa are not available. However, the Texas Department of Transportation publishes an annual report regarding car accidents in major cities and towns across the state. For example, in 2019, Lamesa, Texas, had numerous accidents, with some resulting in deaths and other “incapacitating injuries.” This statistic suggests that numerous people are catastrophically injured in Lamesa, Texas, every year.

HOW TO HANDLE A CATASTROPHIC INJURY INCIDENT IN LAMESA, TEXAS

First of all, immediately seek medical care! It is critical to document your injuries properly. Next, once you are stable, call the Lamesa catastrophic injury lawyer at the Reyna Law Firm. Typically, an insurance company adjuster will contact you. Generally, the best practice is to not talk to them without a lawyer! Above all, never accept a settlement offer or sign a settlement release agreement before seeking legal counsel, as you may unintentionally settle your claim without realizing it!

THE INJURED IN LAMESA, TEXAS CHOOSE THE REYNA LAW FIRM!

CALL THE LAMESA CATASTROPHIC INJURY LAWYER YOU CAN TRUST TODAY

After being seriously injured in a Lamesa, Texas accident, you will face several issues. Mountains of medical bills, a long road to recovery, lost wages, and even Depression. If someone else’s negligence caused the accident, you deserve justice and maximum compensation! You must hold the responsible party accountable. The best way to protect your rights is to hire a skilled catastrophic injury lawyer right away.

Call the Lamesa accident attorney at the Reyna Law Firm today to schedule a free consultation. We are members of the exclusive American Academy of Attorneys and Lifetime Members of the Multi-Million Dollar Advocates Forum! Fighting and winning for the injured in Lamesa, Texas is what we do!

Do I have a case?
Find out, it's free

How to get maximum compensation following a Catastrophic Injury 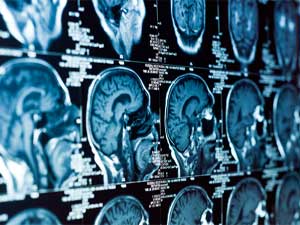 What types of Injury are classed as a Catastrophic Injury?

How Common Are Spinal Cord Injuries In Football?

Schedule your free case consultation with one of Texas’
most experienced personal injury attorney.

“This is your life, and I am here to work for you!”

The information found on this website is for general information purposes only. No information on this site should be taken as legal advice for any individual or situation. This information does not attempt to create, and receipt or viewing does not constitute, an attorney-client relationship. If we do not win your case, you will not be responsible for attorney's fees, court costs, or litigation expenses. If you do win your case, these expenses and unpaid medical bills will be taken from your share of the recovery.