Call The Reyna Law Firm. We're ready to fight to get you the justice you deserve!

If you or someone you love has suffered a catastrophic injury in North Texas due to someone else’s recklessness, the biggest mistake that you can make is to assume that the insurance company will provide a fair settlement for the resulting claim. In reality, insurance companies and their adjusters fight claims tooth and nail to minimize their liability. Unfair though it may be, you have to be proactive if you want to be fairly compensated. The best way to do that is by hiring an experienced DALLAS CATASTROPHIC INJURY ATTORNEY at the Reyna Law Firm to represent you. We are available 24/7/365!

WHAT TO DO AFTER A NORTH TEXAS CATASTROPHIC ACCIDENT

In the case of a catastrophic injury, receiving prompt medical attention is of the utmost importance. You or someone else at the scene should call 911 immediately. Depending on the severity of the injury, it may be some time before anything else can be done.
If you can’t do it yourself, have a loved one secure an experienced Dallas catastrophic injury lawyer. Do not speak with insurance adjusters or other third parties in the meantime. Call Dallas injury lawyer at the Reyna Law Firm, so we can act on your behalf while protecting your rights and investigating your case. If you have sustained a spinal cord injury or brain injury, it’s imperative to get help right away.

Dealing with a catastrophic injury is incredibly difficult. Attorney J.R. Reyna understands this because a few years ago, a close relative of his became seriously and permanently injured due to someone else’s negligence. His unique perspective on the matter makes him an especially effective advocate. The firm provides 24/7 access to clients and is strictly contingency-based. Until your case is won, you won’t pay a dime. Reyna Law Firm also offers free consultations, so you can find out if you have a viable case with absolutely no risk or obligation.

It’s easy to feel like you’re completely alone after suffering a catastrophic injury. With Dallas catastrophic injury lawyer at the Reyna Law Firm by your side, you won’t be. Don’t let the insurance companies and others walk all over your rights.
You suffered major losses because of someone else’s carelessness, and you deserve to be fairly compensated. Furthermore, your actions may help to prevent similar incidents from happening in the future.

Call Dallas catastrophic injury lawyer at the Reyna Law Firm today to schedule a free consultation! We want to fight for you!

Do I have a case?
Find out, it's free 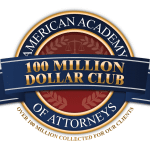 How to get maximum compensation following a Catastrophic Injury

What types of Injury are classed as a Catastrophic Injury?

How Common Are Spinal Cord Injuries In Football?

Schedule your free case consultation with one of Texas’
most experienced personal injury attorney.

“This is your life, and I am here to work for you!”

All inquiries are free and strictly confidential. The information found on this website is for general information purposes only. No information on this site should be taken as legal advice for any individual or situation. This information does not attempt to create, and receipt or viewing does not constitute, an attorney-client relationship. If we do not win your case, you will not be responsible for attorney's fees, court costs, or litigation expenses. If you do win your case, these expenses and unpaid medical bills will be taken from your share of the recovery.